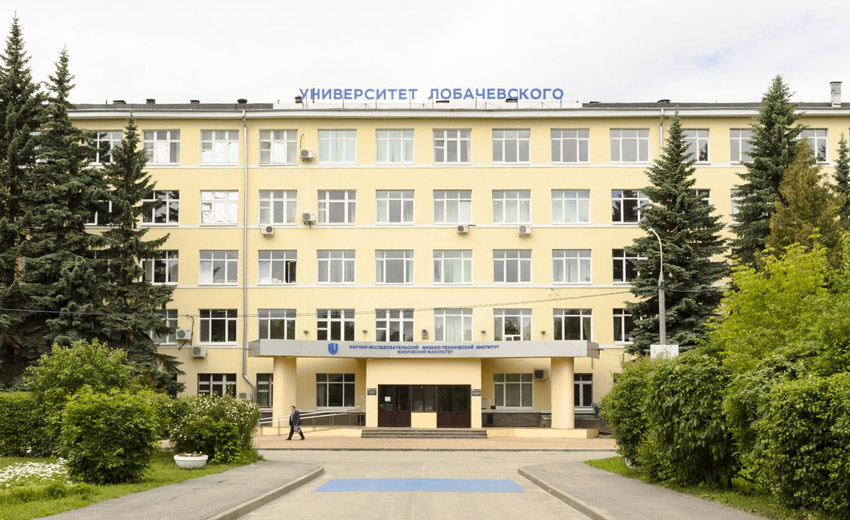 Nizhny Novgorod shortened to Nizhny, from the 13th to the 17th century Novgorod of the Lower Land, formerly known as Gorky (1932–1990), is the administrative center of Nizhny Novgorod Oblast and the Volga Federal District. The city is located at the confluence of the Oka and the Volga rivers in Central Russia, with a population of over 1.2 million residents, up to roughly 1.7 million residents in the urban agglomeration. Nizhny Novgorod is the sixth-largest city in Russia, the second-most populous city on the Volga, as well as the Volga Federal District. It is an important economic, transportation, scientific, educational, and cultural center in Russia and the vast Volga-Vyatka economic region, and is the main center of river tourism in Russia. In the historic part of the city, there are many universities, theaters, museums, and churches.

The city was founded on 4 February 1221 by Prince Yuri II of Vladimir. In 1612, Kuzma Minin and Prince Dmitry Pozharsky organized an army for the liberation of Moscow and all of Russia from the Poles and Lithuanians. In 1817, Nizhny Novgorod became a great trade center of the Russian Empire. In 1896, at a fair, an All-Russia Exhibition was organized. During the Soviet period, the city turned into an important industrial center. In particular, the Gorky Automobile Plant was constructed in this period. Then the city was given the nickname "Russian Detroit". Shortly before the dissolution of the Soviet Union, the city was renamed Nizhny Novgorod once again. In 1985, the Nizhny Novgorod Metro was opened. The Kremlin – the main center of the city – contains the main government agencies of the city and the Volga Federal District. Nizhny Novgorod was one of the host cities of the 2018 FIFA World Cup.

The climate in the region is continental, specifically humid continental (Dfb), and it is similar to the climate in Moscow, although colder in winter, which lasts from late November until late March with a permanent snow cover. Average temperatures range from +19 °C (66 °F) in July to −9 °C (16 °F) in January. The average annual temperature is +4.8 °C (40.6 °F), wind speed 2.8 m/s, and air humidity 76%. Being far enough away from the Baltic Sea for maritime effects to lower, Nizhny Novgorod has similar winters to Bothnian Bay climates near the Arctic Circle but instead has very warm summers for its latitude.

Nizhny receives on average 1 775 hours of sunshine a year. The maximum duration of daylight is in June (17 hours 44 minutes), and the minimum is in December (6 hours 52 minutes). Overcast is often reported in winter: 75 to 80% of the time the sky is covered in clouds, while it's only 49 to 56% in April through to August. In autumn and winter, the overcast is usually in the mornings, then the sky clears in the afternoon. In spring and summer, on the contrary, it is clear in the mornings, while towards midday clouds cluster ('cumulus cloud'), and disappear towards the evening.

In spring temperatures set above zero around April 5 and stay until the end of October. On average precipitation comes at 653 mm per year, mostly in July and least of all in March. Generally, 180 days out of 365 enjoy some form of precipitation. Snow first comes in October but the blanket of snow insulates the ground at November-end and melts in mid-April. As a rule, the air temperature in winter ranges from −10 °C (14 °F) to −20 °C (−4 °F). A storm rarely takes place in winter here (a few dates to mention are 27 November 1940, 30 November 1951, 14 February 1960, and 3 December 1962). In spring there's less precipitation than in other seasons. Spring flies by as snow melts in the second half of March and is normally gone by the end of April. Summer comes at the beginning of June when the temperature sets around +15. Maximum heat can be observed towards the third decade of July. Average temperatures range from +15 °C (59 °F) to +20 °C (68 °F). A maximum temperature of +38.2 °C (100.8 °F) was recorded during the 2010 Northern Hemisphere summer heat waves. Summer rain is short but intense, with strong wind. In September temperature starts to drop and gets below +10 °C (50 °F) in the mid-20s of the month. It rains often and heavily in autumn, and the sky is overcast.

Museum of Old Equipment and Tools

Ministry of Health and Education of the Russian Federation

Faculty of Management and Business

Faculty of Mechanics and Mathematics

Faculty of Computational Mathematics and Cybernetics

Faculty of Physical Education and Sports

Duration of the course is 6 Years

*The tuition fee may increase from 2nd - 6th year (6-10%).
*1 USD = 75 Russian Ruble applied for this MBBS fee structure (As per the current situation).
*The amount payable in INR may vary depending on the forex rate.

Edifice team would like to inform you that the exchange rate is extremely volatile and is subjected to change, in such a scenario the fees shown above may differ from the actual price due to a change in the exchange rate and other factors. Candidates are requested to check the current exchange rate before initiating the admission process.

The University provides hostel accommodation for students with necessary furniture and bedding.

Lobachevsky State University of Nizhny Novgorod Institute of Biology and Biomedicine Russia provides a hostel to the students who are nearby to the university and the hostel is very hygienic and in terms of security very reliable.

Lobachevsky State University of Nizhny Novgorod Institute of Biology and Biomedicine room in a hostel is neat and clean hostel rooms.

The hostel has a library, internet service, health care center, sports Centre, and a beautiful garden

The university hostel also has a well-sanitized cafeteria

The university hostel good is cooked in hygienic conditions

Regular power and water supply are available for students.

The big advantage of the Lobachevsky State University of Nizhny Novgorod is that it has its own infrastructure. Most faculties, administrative buildings, research institutes, sports facilities, dormitories, and the main building of UNN Fundamental Library are situated on campus. UNN campus is located in the upper part of the city, on 23 Gagarin Avenue.

The candidates must be 17 years above or take admission before 31st December to do MBBS in Russia.

Every candidate must score more than 50% in the HSC exam or in similar courses with Physics, Chemistry, Biology, and English as compulsory subjects who can apply for the admission process for MBBS in Russia.

Students who have cleared the NEET examination with an eligible score

Note: Remember no English Language (IELTS or TOEFL) test is required for applying or taking admission

Step 1: Fill up the online admission forms on the official website of Lobachevsky State University of Nizhny Novgorod Institute of Biology and Biomedicine.

Step 2: The Applicants must submit all important academic documents.

Step 3: Candidates will get the invitation letter within 2 weeks of time.

Step 4: After getting an invitation letter students to have to pay the tuition fee of the academy.

Step 5: With the original receipt of fee payment and invitation letter from the university, students can apply for the student visa process.

Step 6: Get a valid passport and fly for your dreams

Specialists with a high average qualification

Recognition on a global scale

One of the most well-known universities in the country.

A popular university with a great teaching faculty

A considerable number of international students are enrolled.

Education of the highest standard

An opportunity to become familiar with the nearby language and tongue.

The vehicle of Instruction is English

Chance to engage in sports exercises Energizing and New Life

Lobachevsky State University of Nizhny Novgorod Institute of Biology and Biomedicine is included in the top 100 best universities in Russia. ... it’s 92 international agreements with foreign universities, research organizations, and scientific-and-production companies from Finland, Canada, the USA, good Britain, and Italy.

Lobachevsky State University of Nizhny Novgorod Institute of Biology and Biomedicine Russia is recognized by the Medical Council of India (MCI).

Q. What is the MBBS course duration at Lobachevsky State University of Nizhny Novgorod Institute of Biology and Biomedicine Russia?

The MBBS course duration at Lobachevsky State University of Nizhny Novgorod Institute of Biology and Biomedicine Russia is 6 Years.

Q. What is the world ranking of Lobachevsky State University of Nizhny Novgorod Institute of Biology and Biomedicine Russia?

The world ranking of Lobachevsky State University of Nizhny Novgorod Institute of Biology and Biomedicine Russia is 1187.

REGISTER HERE TO GET A CALL from our MBBS EXPERT COUNSELLOR